Finding a Long-term Solution to Homelessness in SWFL: Q&A With Suncoast Partnership CEO 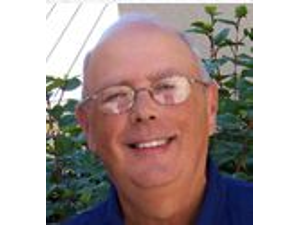 The Suncoast Partnership to End Homelessness has been an integral force in leading changes in the ways in which we tackle the issue of homelessness in Southwest Florida - specifically Sarasota and Manatee counties. The partnership was formed by community leaders in 2005, with the ambitious vision of ending homelessness in the region.

The nonprofit is the lead agency for the Continuum of Care, a community organization that meets regularly to discuss ways in which to battle homelessness in the area.

According to the partnership's website, "The Department of Housing and Urban Development designates for each community a homeless continuum of care. The Suncoast Partnership supports a two-county Continuum of Care (CoC) for Manatee and Sarasota. The Continuum of Care meets bi-monthly, convening service providers, community leaders, law enforcement, government and homeless individuals for the purpose of collaborating and coordinating services for the homeless."

We caught up with the Suncoast Partnership's CEO, Ed DeMarco, to chat about the successes of the past year, his passion for the cause, the challenges ahead, and more, in an exclusive Q&A.

RSW Living Magazine: We understand there have been increased efforts over the course of the last year to proactively decrease homelessness in Southwest Florida, and that the Suncoast Partnership has played an integral role in all of that. Care to share?

Ed DeMarco: In Sarasota and Manatee counties, a little over a year ago, a decision was made to really focus on, instead of just shelter, developing a true response system for those who are the persons with the highest need among those who are homeless - people who are homeless the longest, who are costing our communities the most on emergency care, the justice department, and other parts of the response community, and the persons without the help of the agencies who would still be on the street. It has been a revolutionary approach. It attracted private donations and we've been able to realign the funding we had and we really focused on housing - getting people housed as quickly as possible and aligning the services needed to maintain that housing permanently. We're still in the mix with it, but overall, we're seeing good results.

Over the course of the past year, the number of homeless individuals in the area went down by about 18 percent. That's after years of it staying the same or even going up a bit here and there. We really feel good about that progress, but also know that there are still hundreds and hundreds who are chronically homeless, ranging from being homeless for a long time to those with disabilities to those with a limited income. So, we've been working with counties, foundations, and federal and state funders to design methods to get more housing available for people who are homeless.

Our agency is the lead agency. We don't provide direct services, but we enable those services to be provided by all community agencies who help those who are homeless. We've worked with organizations like Jewish Children and Family Services, Harvest House, Castle, and The Salvation Army in order to rapidly house those who are long-term homeless. Each one of those efforts individually and collectively has worked within a system of coordinated entry to help ensure those who need it most get the help first. It's been exciting, but difficult, yet the progress is clear.

RSW: You seem very passionate about this cause. How did you find yourself in this position?

DeMarco: It's a strange thing. I’m not a young guy. I became the CEO of the Suncoast Partnership after I had already had my 66th birthday. Earlier in my life, I worked as a counselor and an executive director for a local job training program in Ohio. I was immersed in that process of, 'how can we best truly help individuals achieve goals?' At the time, where I lived in Ohio, unemployment rates were 25 percent - and higher in minorities - because of all the closings in mills and factories in the 1970s and '80s. Efforts were fruitless, but somehow, we prevailed and it's true here, too.

People tell me all the time it can't be done because there's no affordable housing, and this and that, but it gets done. I feel very strongly that, as a community, it's not enough just to say, 'Well, that's a problem we have to deal with.' You have to step up and be creative. You have to be the person who says, 'Yes, I’ll put myself out there. We'll do our best and let the chips fall where they may.' I'm just old enough and just cranky enough to see to it that it works.

For me, I worked here at the agency a few years before I became the CEO. I could really understand both the passion that so many of the case managers, intake workers, people on the front lines in the shelters - what they dealt with - but, also understood how many people were being left behind because we didn’t have a coordinated way to do things and I believe we’re working every day to do a better job at that.

RSW: How will you approach matching or exceeding the success you've had over the past year for the next year and beyond? Will you use the same tactics, or are you planning to implement new strategies?

DeMarco: We're always in the process of developing new strategies. We didn't start our coordinated entry process until midway through last year. So, we're still in the first year of that process of implementation. We're always looking to reach those we haven't been able to. We have one partner who's building a new apartment complex where just a few of the beds - 16 out of 80 - are dedicated to those who are homeless, giving them a permanent place to move in, especially if they have extremely restricted incomes and/or have a disability. There might not be a place for them to go, but there is a place for them to go into this building.

We'll have more creative ideas because we've shown to the agencies we work with that we're open to looking at all good ideas that help this problem become less of a burden to the community and frankly save lives of those on the street. Every day, we hear stories. For years, people would say to a person on the street, 'Can I give you a dollar or five dollars, or buy you a meal?' An agency would ask if they needed services. Last year, we started asking the same people if they needed help finding an apartment. They said, 'Sure! If you can help me find an apartment, I’ll do whatever it takes.' In one week alone, we had three people who had a combined 30 years of homelessness found apartments. They're each working on becoming sustainable and taking care of themselves. We know that a person is seven times more likely to respond to issues in their life if they are safe and housed than if they are not. We know it's important to get people housed, rather than first helping them work on other issues they might have, such as finding a job, keeping the job, finding transportation, taking care of their health, etc.

There was a woman getting treatment for cancer but didn’t like going to get the treatments because they made her sick. She wanted to stop her treatments because she was on the streets and had nowhere to go to just be sick. When that happens, it's so important to have a house to be in.

RSW: What can the Average Joe in the community do to help?

DeMarco: The best thing to do is to attend our continuum of care meetings, which occur every other month. Anyone in the community who cares about this issue can come to the meeting. It's open to the public. We share the kinds of services that are available for those who are homeless. We talk about upcoming strategies and sources of funding that are available. Our next meeting is Aug. 22 at 9 a.m. We're still working on the location.

If anyone interested in helping has a question, he or she can always call the main number, 941-955-8987, and ask for Jackie. She'll be able to help them with the information they need. That's the best place to start. Right now, we have a lot of community organizations that provide food and blankets. If anyone interested in helping can find two or three apartments in their communities that we are able to rent, it would go a lot further than meals and blankets. Again, the best thing we can do is get people housed.

RSW: What has been the biggest challenge in getting these efforts off the ground?

DeMarco: Anytime you engage in change, it takes some time for people to understand why that change is needed. This is especially true when you feel like you’ve been doing things successfully. There are agencies locally helping those who are homeless get housed. These are people who have been homeless for a few days and would likely self-resolve even without our help. When I've talked to agencies and organizations about switching their focus to those who are harder to serve, they were taken aback. At this point, though, everyone has bought in and is working to see that reality happen. We couldn't be more excited about it.

DeMarco: I come into work every day as excited as I was when I was in my 20s, coming into work to take on this challenge and work with all of the other people in our community, the government, case managers, intake workers, etc., to see if we can't fashion a better response to the homeless issue. I go home every night satisfied that we've done all that we can do today and can't wait until tomorrow.